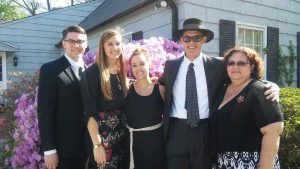 With a heavy heart, the Kansas City Disc Golf club is sad to report that one of our dearest friends and members of the KCDG, Jamie “Danger” Barry, has passed away. Barry was 61 years old and is survived by his three children Luke Barry, Rachael Barry and Madeline Barry. Barry also leaves behind five siblings Anne, John, Mark, Michael, Peter, as well as his girlfriend of 24 years, Carmen Santiago-Rios.

Jamie was born on 2/6/1959 in Rosyth, Scotland to Brian and Trudy Barry. He was one of seven children. Tragically, his youngest brother Matthew passed away at an early age. His family moved to the United States in 1960 where they eventually settled in St. Louis, MO where he spent most of his formative years. After moving around and living in and around Yellowstone National Park and parts of the West, he ended up in Cedar Rapids, IA where he married and had his children. In 1996, he relocated for work, heading down I-35 to Kansas City  where he became heavily involved in the disc golf community. 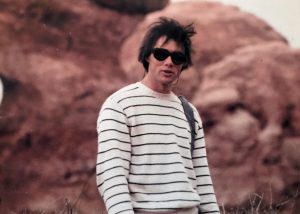 Jamie was one-of-a-kind. He was cooky, crazy and sometimes controversial.  He could always be spotted from a  distance, walking up the fairway with that long, lanky stride and his unmistakable laughter . If you ask those who knew him the best, they would tell you some of the most outlandish stories. Stories so wild and crazy, you knew only Jamie could be at the center. He (at least) once showed up and played an entire round barefoot, throwing nothing but rollers. If you asked him, he’d say, “There isn’t a hole you can’t roll.”

Once, he even showed up to Water Works league wearing cross-country skis after a massive snow storm. Mike Davis recounted that day, seeing Jamie ski down the hill towards #9’s fairway, and, as he reached the bottom, something stopped him in his tracks and threw him forward landing flat on his face. Luckily he wasn’t hurt, (probably from his years of doing backflips on skis in Yellowstone National Park) but the imagery of him flying forward into the snow was one for the ages. Or the time he showed up to league after work wearing dress pants and a tie because he didn’t have time to change before league. He said “I’m overdressed and under par”. 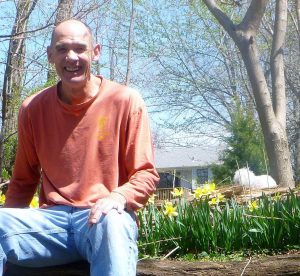 Jamie had a way with words. He was quick-witted and funny. He loved telling jokes. Unfortunately, they weren’t always appropriate, so we won’t share them here, but if you knew him, you heard them and you probably laughed or groaned. On our old KCFDC forum, he started a thread called “In the year 3000. He often would colorfully imagine what disc golf would be like in the future.

“The year 3000 is creeping up on us all, who will be around to see the state of the game? I think there will be rule changes, disc improvements and golf accessories to consider. So I thought I could predict a retrieval device, mentally activated and controlled that will not only retrieve a disc from the highest tree or deepest lake, but swing by your transport vehicle and grab a drink or whatever you left behind. I hope that it will be called a dubi go getter”

“I caught myself daydreaming about those wands at security checkpoints and how they should be magic wands that transform metal objects into weed, and then I realized can one start their vehicle with grape ape, maybe so in the year 3000.”

“Ice Bowls will be the real deal in the year 3000, and the logo will be anticipated by all golfers, keeping the giving spirit, but the logo colors and artwork will be anything but blue and white.”

He also had 3 simple rules of disc golf. These rules were the bedrock of his foundation and love of everything disc golf. They were:

Jamie was also known for showing up to league in his old 2006 Gold Toyota Camry, blaring old school rap with his fist bumping out the window, hoping to hype everyone up for league night. He was an aficionado of old school rap but Nelly from St. Louis was king. While he made his home in Kansas City, his heart was always in St. Louis. He actually kept up his status with both the St. Louis disc golf club and Kansas City. He even had both club bag tags hanging from his carabiner.

He was a regular at Water Works and most recently was seen at Friday Traveling League where he forged a bond with Harold Berciunas. He would always argue that the club needed a $2-$3 dollar league and we think he found that in the FTL. And we as a club were lucky these two individuals met, because Harold was one of the few friends Jamie let visit him at his home outside of his family, in his final days. Harold would give us progress reports and let us know  things we wouldn’t have known without that bond. And for that we are eternally grateful. 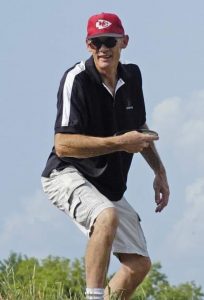 Honestly, you can’t even put into words who, or what, Jamie Danger really was as a person. One can only imagine. If you were lucky enough to get to play a round with him, or hang out on the course, you definitely have a story to tell. One that hopefully will make you laugh or at least make you say, “Oh, Danger”.

So, we ask that instead of being sad when you remember Jamie, tell one of his jokes (even if inappropriate) or share a story when you’re playing Water Works as you pass the Peace Sign placement on hole #4. While we will miss that laughter and goofy smile, we can all take solace in knowing that we will see each other again, in the year 3000.

In the year 3000, all disc golfers will go by the name “Danger” as well as run a $3 nightly mini league where everyone will be required to throw rollers and listen to Nelly.

The Kansas City Disc Golf club will be organizing a ‘Celebration of Life’ sometime in early April, 2021 where we will invite all who knew him to come and play disc golf as well as share stories and laughter remembering our friend.